Who is Arizona Hot Tub Company?

Find out more about who Arizona Hot Tub Company is! (Formally known as Prescott Spas.)

A family owned business since 2003, owners, Steve and Helena Kasten, invite you to experience what good customer service looks like!  Hot tubs and Saunas aren’t your everyday purchase.  Most of our beloved customers in Prescott Valley hold on to their outdoor spas, endless pools, hot tubs and saunas for 10-20 years!  We thank you for the opportunity to serve you, and we appreciate your continued support throughout the years.

Meet Our Team – our valuable staff members who are passionate about the products and your satisfaction! 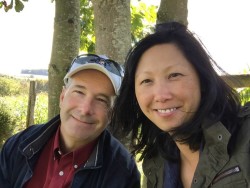 The Kasten family owns three other independent hot tub retail locations (Creative Energy) in the San Francisco Bay area and have 39 years of experience in the spa business. From the beginning, Steve and Helena had a clear vision for their business. They set out to create a new high standard for customer service, quality, and genuine passion for the northern Arizona leisure and wellness market.

Watkins Manufacturing, makers of Hot Spring Portable Spas, reached out to Steve and Helena Kasten about taking over the Hot Spring territory of northern Arizona. From there, Arizona Hot Tub Company/Prescott Spas was born.

In 2007, Steve and Helena moved their retail business from a leased building in Prescott Valley, to a state-of-the-art retail space at 6947 E. 1st St in Prescott Valley, AZ 86314. Their current retail space consists of over 6,000 square feet of outdoor spas, endless pools, Jacuzzis, hot tubs, saunas, and Big Green Egg grills. With roughly 40 hot tub models, 6 saunas, and plenty of grills on display at all times, the Kasten’s have been able to assist thousands of customers truly find the model that suits their needs. 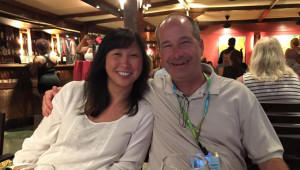 The year 2015 brought an important change in direction. Prescott Spas had noticed for some time that it no longer just sells and services hot tubs & saunas in the Prescott Quad Cities area, but a huge chunk of Northern Arizona. Seeing the growth of their company, and looking to the future, Steve and Helena made the decision to start rebranding themselves from Prescott Spas, to Arizona Hot Tub Company.

In 2016, the company expanded their product line to include another Watkins flagship brand, Caldera Spas.